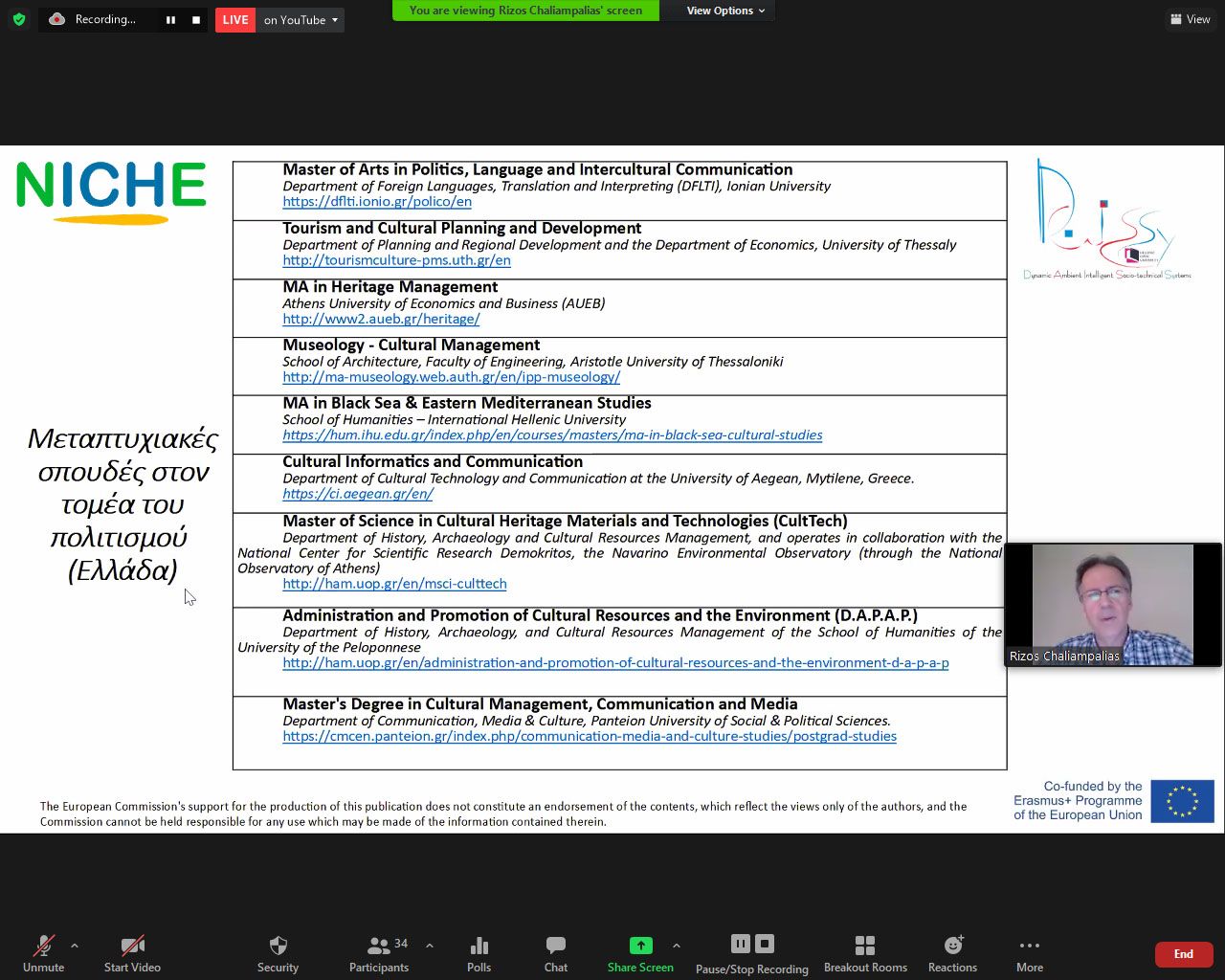 On Monday, June 14th of 2021, the DAISSy research group of the Hellenic Open University organized the Greek online event entitled "Valorization and promotion of Cultural Heritage", in order to disseminate the results of the European project S.I.L.V.HER.

In the first part of the multiplier event, were presented the objectives as well as the blended training SILVHER course designed and delivered for University students of Italy, Porugal and Turkey. The platform for the online part of SILVHER course was developed by the DAISSy – HOU (Greek partner).

In the first part, we had the honor to have two invited speakers. Ms. Artemis Stamatelou, Public Relations Officer at the European Parliament in the Directorate-General for Translation, presented the structure and objectives of the Citizens' Language Directorate and then the open platform "My House of European History", which contains a digital collection of written personal stories, memories and testimonies on any subject, as narrated by people from all over the world.

The second part of the multiplier event, included presenations in particular of European projects on Tangible and Intangible Cultural heritage, Digital Archaeology and Excavation, CH management, Tourism, which HOU either coordinates or participates as partner. Namely, were presented by DAISSy - HOU researchers, the EUHeritage project and online course, DELTA project and blended course as well as ROMAN ROUTES project and online course.

More specifically, Mr. Rizos Chaliampalias, researcher in DAISSy – HOU, presented the NICHE project, objectives and partnership. He explained the meaning of Intangible culture heritage and the findings by the Greek report. Greece, has so far (April 2021) inscribed eight elements of intangible cultural heritage on the Representative List of the Intangible Cultural Heritage of Humanity. The NICHE project aims to map education needs, and then train people involved in their country's intangible cultural heritage.

The event attended students and graduates of study programs related to Culture and Tourism, researchers and educators. The event was organized online due to the epidemiological data of the country during this period, attracting more than 35 participants, while it was also significantly promoted on social media. Also, the event was broadcasted live on the DAISSy YouTube channel with over 90 views. 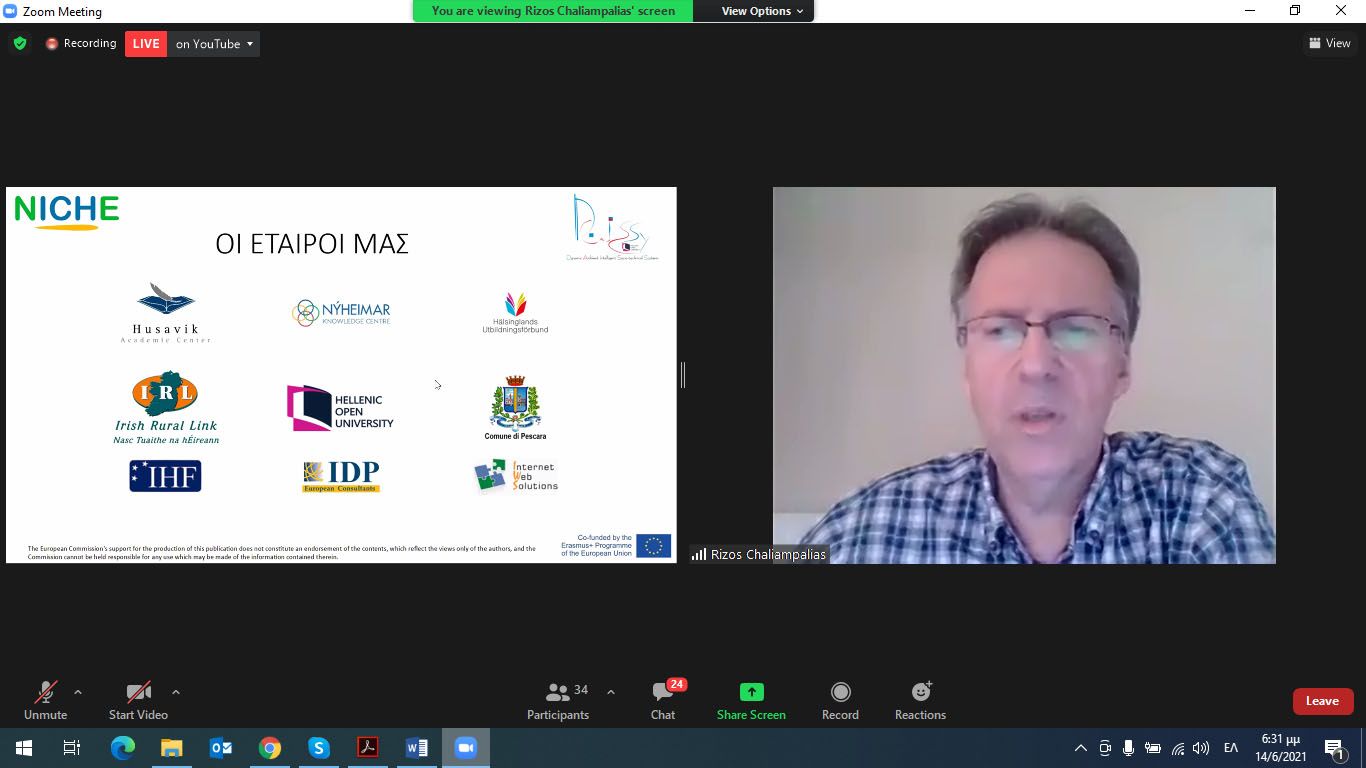